Showing posts from March, 2019
Show All

Thursday, March 21, 2019
I see some strange stuff while filtering through traffic on my way to work.   The Darwin Awards could get a few good candidates from these people. Today’s ‘Stupid of the Day Award’ goes to the woman in the red Seat who was putting on her make up at traffic lights in Holywood.   When the lights changed and the traffic moved she continued putting the stuff on.   The road widens into a proper dual carriageway after Holywood, so the traffic (generally) does actually move for a mile or so at that point before it comes to the next blockage at Knocknagoney.   I followed for a bit and yes, even at 50mph she was still staring in the vanity mirror on her sunshield and dabbing stuff onto her face with an assortment of brushes.   If mobile phones are sufficiently distracting that they are banned, how many brain cells does it take to extend that concept to other things that require concentration?   If you are going to be in charge of a large lump of metal travelling at speed, there is only one
Post a Comment
Read more

Monday, March 18, 2019
These were taken from http://www.irelandoldnews.com/ There is much more there if you browse the places and years, along with a lot of birth, death and marriage records.   Belfast Weekly News July 22 1893: ------------ An extraordinary egg:-  Mr Andrew Martin, 143 Old Lodge Road, Belfast, received on 19th inst from a Liverpool farmer a duck egg weighing over four ounces. A peculiarity about it was that there was another egg inside it, with shell completely formed.    The Belfast Evening Telegraph, 9 March 1894 A STRANGE DERELICT    Advices just to hand state that the Norwegian barque Elsa Anderson has arrived at Galveston, U.S.A. with the hull of an English-built brig in tow. The ship seemed to have burned at sea a half century ago, and the hull appeared off the Faroe Islands, after a submarine disturbance. It was covered with sea shells, but the hull and under decks contained little water. In the captain's berth was found a leathern bag containing 1,000
Post a Comment
Read more 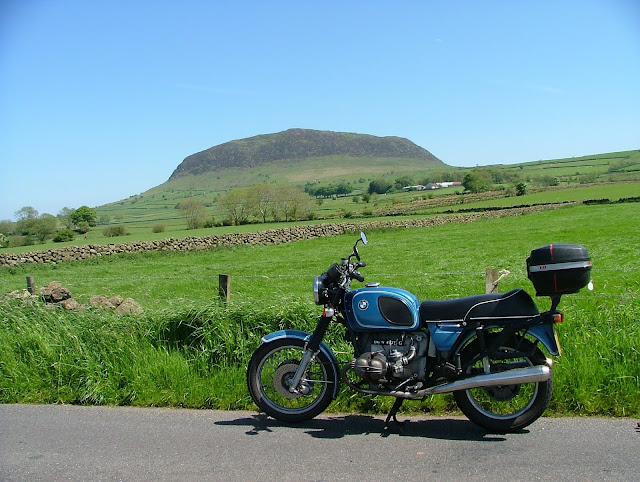 This story was originally published in Minnesota Motorcycle Monthly ( http://mnmotorcycle.com/ ). March here in Ireland generally sees the last few mild morning frosts of the year, and the return of a little heat to the air.   More and more bikes are dragged from their winter hibernation as the spring rains wash the roads clean of the salt applied during the winter, while those of us who ride throughout the year can at long last remove the protective wax from our bikes to see if there is still some bright metal underneath.   By mid month, around St. Patrick’s Day if the weather is kind, increasing numbers of bikes on the road brings a real feeling of celebration as our biking freedom is reborn.   There are a host of sites throughout the whole island of Ireland associated with our patron saint, so in homage his legacy, and to the return of the sun, I planned a trip from the beginning of Patrick’s story to its end, with a random associated site in the middle for good measure
Post a Comment
Read more

Brexit Revisited II - My shortest post ever, I promise.

Friday, March 15, 2019
Am I the only person on the planet that detects an element of farce in Teresa May's attitude to Brexit? We are constantly told that holding a second referendum on the subject would be "undemocratic".  Yet, as of today, (15th March), the negotiated deal with the EU has been put to parliament twice and each time has been thrown out by a very large majority.  Despite this apparently she intends to put it to parliament again next week! How is this 'democratic', when a second vote is not?  Can anyone explain this?
Post a Comment
Read more 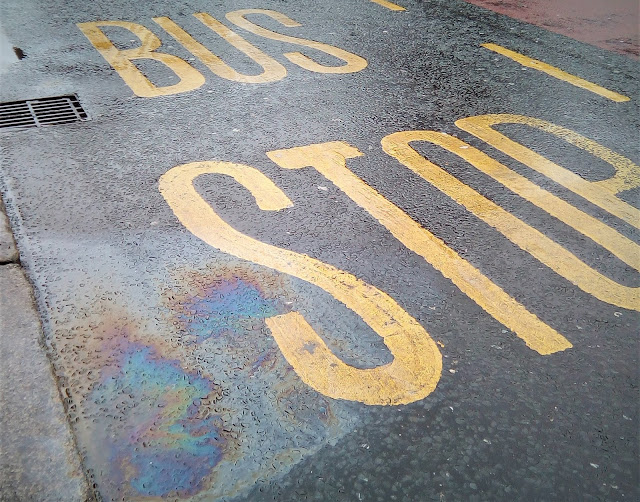 The traffic in modern cities sucks (or should that be blows?).   OK, that is stating the obvious but it does not make it any less true.   40 years ago or more, I used to have to help take my father to work here in Belfast before going to school.   He was confined to a wheelchair for years before he died.   Now when I look back on his daily rants about the terrible commuter traffic he saw then, I wonder what he would make of the situation now.   I doubt that he would have believed that the rush hour could ever have got this bad. Unfortunately the situation is exacerbated by government policy.   Our lords and masters are determined to make things difficult for us.   Well, at least for those who use cars.   Belfast City Council’s Transport Policy (available here if you need a good cure for insomnia:   http://www.belfastcity.gov.uk/buildingcontrol-environment/regeneration/transportiniatives.aspx ), makes this very clear.   On page 16, in the key objectives section, one objective
Post a Comment
Read more
More posts