Showing posts from April, 2022
Show All

Six Degrees of Separation - An Easter Story.....Sort of. 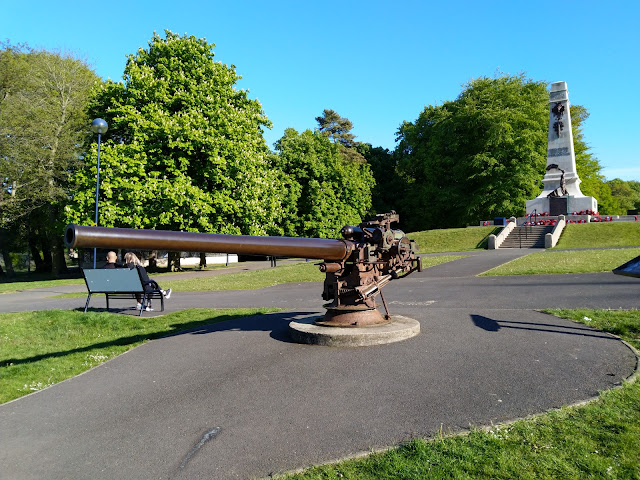 I love the contradictions in Irish/ Northern Irish history, and the way that these things twist and conjoin on occasion.   Try this one. Just before WW1, on Friday the 24 th , and Saturday the 25 th April 1914, the protestant (and supposedly loyalist) Ulster Volunteer Force smuggled an entire boat load of arms and ammunition into Larne.   Their goal was to fight against any attempt by the British government to force home rule (based in Dublin) on the province of Ulster.   Smaller boats distributed the arms to Donaghadee, and after this initial unloading the ship crossed Belfast Lough to Bangor to unload more weaponry.   The ships correct name was the Clyde Valley, and some enterprising soul bought it as a hollow wreck in the late 1960’s or early 1970’s and brought it to Carrickfergus where it remained tied up for years while funds were sought to restore it.   The fundraising failed and it was eventually scrapped.   I remember as a child being at a funfair on the waterfront in Carr
Post a Comment
Read more

My apologies for not posting anything new here for a while.  Retirements and Covid infections in work have made work crazy for the last month or two.  I have written this over the last 4 or 5 weeks every time that I had five minutes to spare so hopefully it will not read like some disjointed series of random thoughts. ____________________________________________________________ I mentioned here months ago that I had been forced to get rid of my old Vauxhall Astra.   I had started early on prepping it for it’s MOT, but discovered a few good sized rust patches.   One, for example was just beside the suspension mount under the front passenger wing.   Looking at this area I noticed a loose piece of the sealant used at the joint between the different panels there, but when I went to peel the loose sealant away, a large piece of the inner wing came away with it!   This and a few other patches made it seem unviable for a fix, so only one month before its 20 th anniversary, it went for scrap
2 comments
Read more
More posts